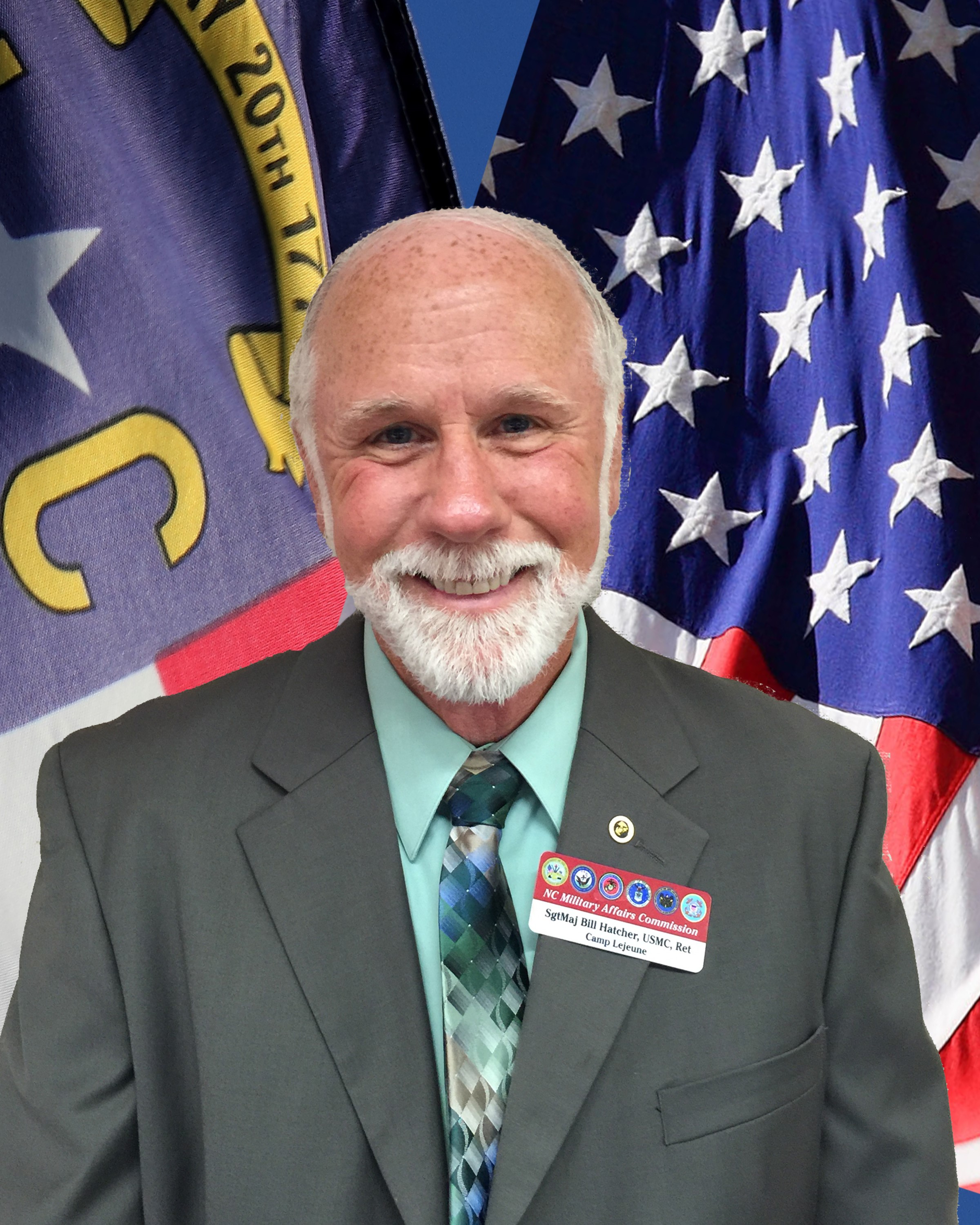 Served 30 years USMC, retiring as a Sergeant Major. Combat veteran in Viet Nam and Operation Provide Comfort in Iraq during the Gulf War. Was assigned as the Command Sergeant Major of the joint task force during Operation Provide Comfort, which consisted of over 7000 troops from nine different nations. The Task Force was credited with saving over 500,000 Kurds from being killed by the Iraqi army. During his career, he served in all three active Marine Divisions, an Air Wing and several support units, plus recruiting and independent duty. Is a graduate of the Army Sergeant’s Major Academy and several Marine Corps schools. Was also a formal schools instructor and director while stationed in Hawaii.

After retiring from the Marine Corps, Bill was the night and week-end class coordinator at Coastal Carolina Community College and attained his AA while working there. After three years he obtained a position with Marine Federal Credit Union, rising from Financial Instructor/Counselor to the Senior Manager of Business Development. He belonged to five Chambers of Commerce during this time and represented MFCU at their meetings and civic events. He was a member of the Military Affairs Committee of the Jacksonville-Onslow Chamber of Commerce.