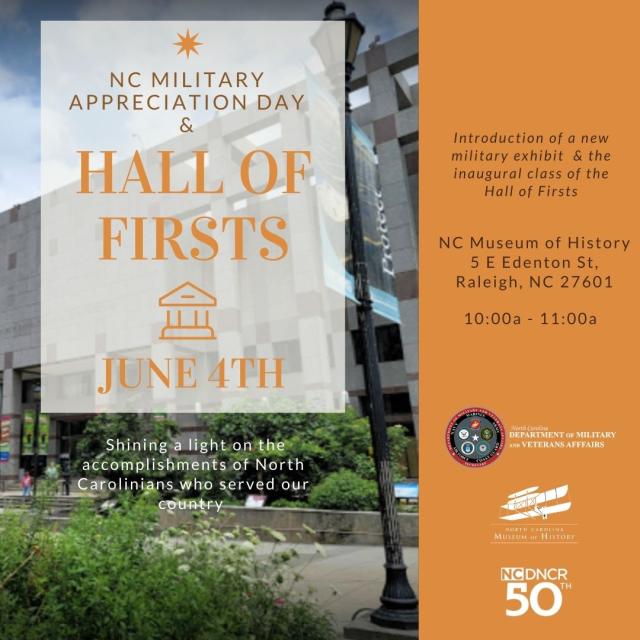 Also celebrate the Military Appreciation Day by showing support to the military members, veterans and their families.

• Talk with military reenactors and take in their displays

• Explore and learn with a curator tour of the exhibit Answering the Call: Experiences of North Carolina’s Military Veterans, 1898–1945, which the visitors will learn about the lives of the military from Spanish- American War (1898) through World War II (1941-1945)

• Learn about the state’s military museums and historic sites

• Join the North Carolina Department of Natural and Cultural Resources for DNCR Day on the Bicentennial Plaza outside the museum.

On site will be the taste of barbecue from a local food truck and much more.