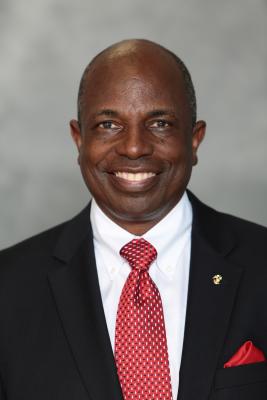 LtGen Walter Gaskin is currently serving as the Secretary for the North Carolina Department of Military & Veterans Affairs.

Lieutenant General Gaskin has served on the North Carolina Military Affairs Commission. From 2010 until his retirement from the United States Marine Corps in 2013, LtGen Gaskin served as the Deputy Chairman of the North Atlantic Treaty Organization (NATO) Military Committee in Brussels, Belgium, providing strategic military counsel on operations in Iraq, Afghanistan and Libya to NATO’s Secretary General and North Atlantic Council.

﻿Mr. Gaskin most recently served as Chief Executive Officer of La Porte Technology Defense (LAPORTECH). LAPORTECH is an engineering Technical Development Plan supplier with the capability to design, test, retrofit, and roll-out new and existing specialty defense and commercial vehicles. Prior to this, Mr. Gaskin served as the Managing Director in Charge of Operation Management Complex of Global Bank in Irvine, CA. 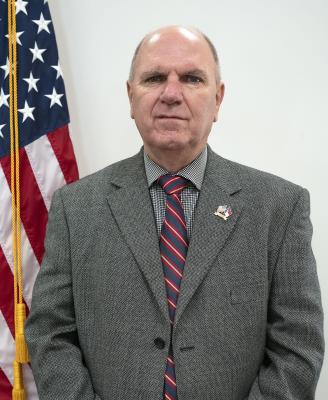 Terry is a retired veteran of over 35 years of service. He attained the rank of Chief Warrant Officer Four prior to his retirement in April of 2017. He deployed four times (once to Jordan, twice to Iraq, and once to the Sinai Peninsula). He has received numerous awards, including multiple Meritorious Service Medals, multiple Army Commendation Medals, the North Carolina Meritorious Service Medal, and the North Carolina Commendation Medal.

Terry is also a retired civil service employee, with over 30 years of service, having executed this service concurrently with his military service. He He final assignment was as a property management specialist for the North Carolina National Guard.

Terry has been married for over 35 years to Thelma Westbrook. They have two children (Bobby, who is married and has two children; and Whitney, who just got married on April 30). They live in Raleigh, NC.