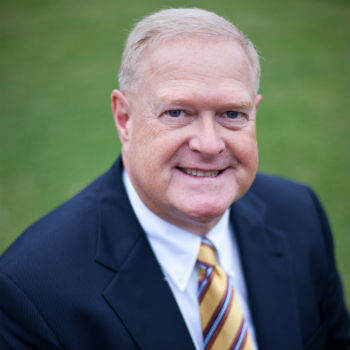 Kirk Warner is a Partner and Senior Litigator at the Smith Anderson law firm in Raleigh.  He heads the Products Liability practice group. Kirk has been a trial attorney for over 33 years. He is an active member of numerous professional organizations and committees.  Kirk chairs the Military and Veterans Affairs Committee of the NC Bar Association and is a member of the NC State Bar Legal Assistance to Military Personnel (LAMP) Committee.  Kirk also is a member of the Equal Access to Justice Commission appointed by the NC Chief Justice.

Kirk retired as a Senior JAG Colonel in the U.S Army Reserve after 33 years.  He served in the Pentagon as the Deputy Legal Counsel to three Chairmen of the Joint Chiefs of Staff; Commander of the 134th LOD at Ft Bragg and the Staff Judge Advocate of the nationwide 108th Training Command.  During major combat operations into Iraq, Kirk was the Senior Judge Advocate, CFLCC (U.S. Third Army) Kuwait/Baghdad and the DSJA, CJTF-7 (V-Corps) in Baghdad while serving as the Commander of the 12th JAG Detachment for OIF-1.  He has held numerous positions within the Army Medical Service Corps and Judge Advocate General’s Corps. In addition to five degrees, he is a graduate of many service schools including the Command & General Staff College, the Joint Forces Staff College and the Army War College.