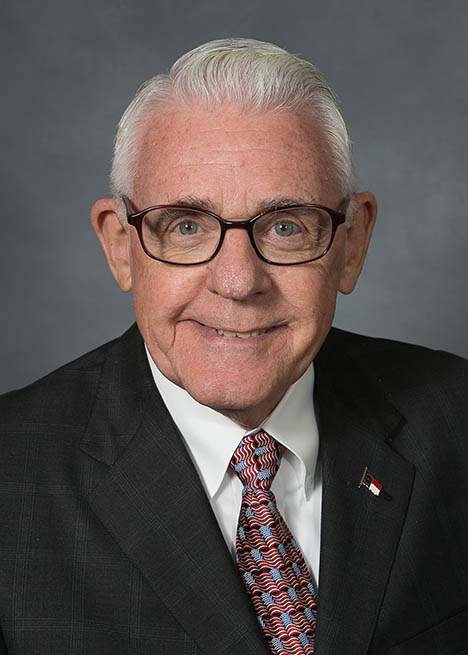 George Cleveland’s distinguished career of service to this country spans over four decades and three continents.  As a United States Marine Cleveland served in various Countries.  He was with the Marines when they landed in the Dominican Republic in 1965, earning the Armed Forces Expeditionary Medal, and from there he went to Parris Island to become a Drill Instructor where he molded young men into Marines.

Cleveland served in Vietnam earning the Combat Action Ribbon after which he was posted to the Marine Security Guard Battalion.  He served as the Non-Commissioned Officer in Charge of the Security Guard Detachment at the American Embassy in Mexico City.  Cleveland was awarded the Navy Commendation Medal for his service at the Embassy.

Upon retiring Cleveland completed his Bachelors of Science Degree in Mathematics Education from the University of Maryland, College Park.  He taught high school mathematics in the Montgomery County public school system for four years until his wife was posted to the American Embassy in Italy.  He accompanied her to Rome where he was hired to teach mathematics at the Notre Dame International School.  He was also hired as a part-time Assistant Security Officer in the Embassy.  Upon departure from Rome, George was awarded a Certificate of Appreciation from the Department of State’s Diplomatic Security Branch for his service at the Embassy.

Upon returning to the United States the Clevelands chose Jacksonville, North Carolina as their retirement venue.  He revived his AMSOIL synthetic lubricants business and joined the Jacksonville/Onslow Chamber of Commerce where he has been a member for over twenty years.

In 2004 he was elected to the North Carolina House of Representatives where he presently serves.