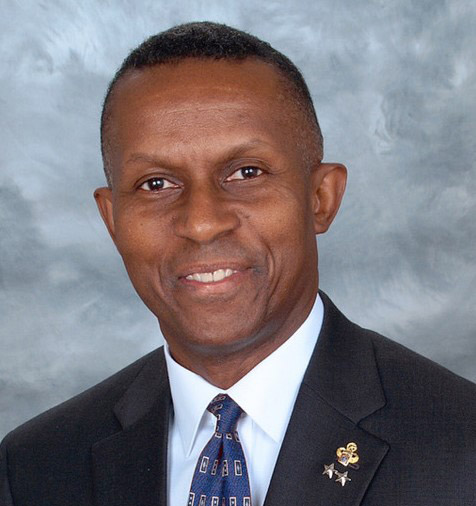 Major General (Retired) Rodney O. Anderson is a native of Elloree, South Carolina. He grew up on a family farm where Christian values, hard work and the importance of education shaped his life.  He graduated from Wofford College, with a degree in Economics and a regular Army commission in the US Army Field Artillery. He served for 33 years as a Field Artilleryman and General Officer.  His career included a wide range of battery, battalion, brigade and general officer command and staff positions.  He is a Master Parachutist who served four tours in the 82nd Airborne Division and completed over 125 parachute jumps. He completed operational combat deployments in Operation Urgent Fury in Grenada, Operation Desert Shield/Storm in Saudi Arabia and Operation Enduring Freedom in Afghanistan. His military travels include visits to over 30 nations.

His strategic assignments include Executive Assistant to the Chairman of the Joint Chiefs of Staff; Deputy Commander-Support, 82D Airborne Division, including a 15-month deployment in Afghanistan where he was responsible for governance, development and the rule of law. Additionally, he served as the Director of Army Force Management, the Pentagon.  His culminating assignment was as Deputy Commander and Acting Commander of 18th Airborne Corps and Fort Bragg during the final 2011 BRAC transition period. He is a graduate of the Field Artillery Officer Basic and Advanced Courses; Command and General Staff College; and the Naval War College at Newport, Rhode Island, where he earned a Master of Arts in Strategic and National Security Studies.  His major awards and decorations include: Defense Superior Service Medal, Legion of Merit, Bronze Star Medal, Meritorious Service Medal, Master parachutist Badge, Air Assault Badge, Joint Chiefs of Staff Identification Badge.

General Anderson has a passion for Veterans and military families. He is currently the President and CEO of LDR Consulting LLC, providing strategic planning, military transition and leader development services.