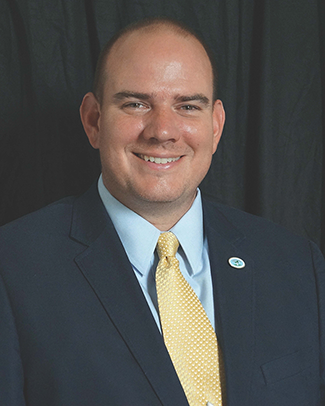 William (Will) L. Lewis, Jr. was elected to a second consecutive four-year term as Mayor to his native city of Havelock, North Carolina in 2017, after serving eight years as a City Commissioner.  Under his leadership, the city has prioritized a responsive city government that focuses on strategic planning and responsible resource allocation.

Mayor Lewis has built and operated several successful local businesses since graduating with a B.A. in History from North Carolina State University in December of 2000. His current focus is on strengthening Havelock’s regional position and preparing the city for a robust future.

In his capacity as an elected official for the City of Havelock, Mayor Lewis has served in a multitude of roles, including: the Havelock Historical Preservation Society, the Recreation Advisory Board, the Havelock-Craven County Library Board, the Solid Waste Ad Hoc Committee, the Appearance Commission, the Greenway Advisory Committee, the Planning Board, and the Craven-Pamlico-Jones County Transportation Committee. In addition to these various and changing municipal appointments, Mayor Lewis currently serves as a Board liaison to the Havelock Youth Advisory Committee, a member of the North Carolina Military Affairs Commission, a Board of Directors member of the Eastern Carolina Aviation Heritage Foundation and President of Allies for Cherry Point’s Tomorrow.